Our Origin and History 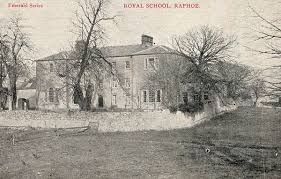 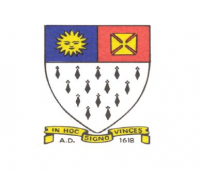 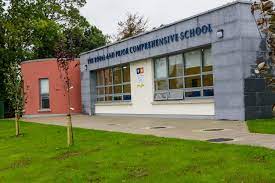 The Royal and Prior Comprehensive School has ancient origins being established by an order of King James I in 1608. The original intention was to establish a school in the counties of Armagh, Tyrone, Derry/Londonderry, Fermanagh, Donegal and Cavan. These schools were created to provide education for children of the settlers who had arrived with the Ulster Plantation.

It took ten years for the land for the school in Donegal to be conveyed and for a master, the Rev Bryan Morrison, to be appointed. The school was open to fee paying day and boarding boy pupils and prepared them for matriculation at university. The original school was built in Donegal Town but was relocated to Raphoe in 1661. In 1737, the Royal School House situated to the rear of the Cathedral in Raphoe was constructed through the generosity of Nicholas Foster, Bishop of Raphoe. A plaque on the west wall records this event with the inscription Schola Regia Donegalensis 1737.

Inside the school house there was a separate room with its own entrance for a Diocesan Library. Within the school grounds there was also built an infirmary, called Foster House, which also served as a residence for assistant masters. The school’s location ensured that its development was always on a provincial and not a national level as all the nobility and the landed gentry would have sent their children to England for education.

An important moment in the development of the school occurred in 1971 when it was merged with The Prior School in Lifford which had been established in 1880 through the monies bequeathed by Miss Eleanor Prior of Ballindrait. The newly amalgamated school, which was renamed, The Royal and Prior Comprehensive School, was constructed just outside the town of Raphoe.

Over the last forty years the buildings and grounds have blended into a mature pastoral setting. The school roll now stands at 600 with students coming from all parts of the county.

The Royal School House now serves as boarding accommodation for 39 boarders from all over Donegal and sometimes from further afield.

The Royal and Prior continues to flourish  400 years since its foundation fulfilling the aims of its founder, “for the education of youth in learning”.

In hoc signo vinces – Under this sign we are victorious.

This is the motto of the O’Donnell Family; legend has it that St Patrick struck the shield of Conall, son of King Niall of the Nine Hostages, with his crozier (called Bachall Isa: the staff of Jesus) inscribing on it the sign of the cross. This legend is also described several centuries later in the Lebhar Inghine i Dhomhnaill. His land became Tír Chonaill, Tyrconnell, the land of Conall which now makes up a large part of the county of Donegal. 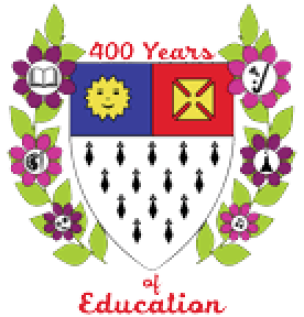 The Royal and Prior Comprehensive School